A Word on Weaving & Durability 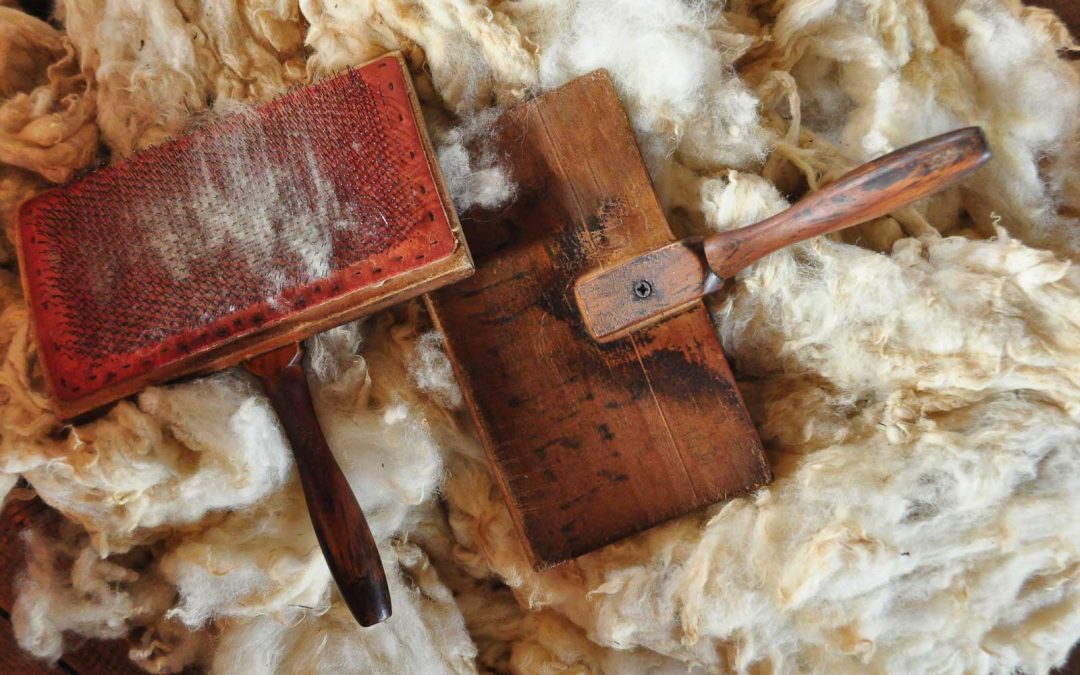 To the uninitiated it should be explained that there are numerous types of looms for weaving every variety of cloth structure. Broadly speaking, these looms may be divided into three catagories.

(1) The Tappet, commonly known as the plain loom, produces fabrics of simple structure – plains, twills and satins either self-coloured or striped in the warp, and requires on one shuttle.

(2) The Dobby loom – weaves a larger design than the Tappet and its sometimes used for fancy striping effects in fancy worsted, shirtings, etc.

(3) The Jacquard loom – produces designs of a complicated nature beyond the scope of the others.

In the weaving of any fabric by the interlacing of threads, a loom of some kind is necessary, and two sets of threads are required, one the warp and the other the weft. The warp usually comes from a heighted position situated at the back of the loom, having first been treated in the preparation department in a manner suitable for the demands to be made upon it when being interlaced with the weft threads.

The weft threads are spun in the form of cops, placed in a shuttle and thrown between a top and bottom line of the warp made by the shedding motion of the loom.

A thread passes through each eye, and in the weaving operation the healds are lifted in rotation according to the pattern required. In this operation, which is known as shedding, tappets are used for working the healds. The shedding is effected to allow for the passage
of the shuttle (Or modern jet apparatus). Another essential movement in the weaving of a cloth is that of picking. In this movement the shuttle carrying the weft is driven across the loom through the shed formed by the separation of the warp threads.

A third essential movement is that of beatingup. In this operation each weft thread, or pick, placed in the shed by the shuttle is forced into position, that is, it is placed in line with the preceding pick, by means of the sley and the reed. The reed advances towards and recedes from the cloth after each passage of the shuttle.

There are other or secondary motions all of which are necessary for the successful working of the loom, but the three movements described above namely shedding picking and beating-up are essential in the weaving of a piece of cloth.

The quality of many wool cloths depends mainly on weight and the type of yarns used in their manufacture. Therefore, in order to judge quality with some degree of accuracy it is necessary to understand the factors which influence weight.

In the production of all classes of woollen, worsted or union fabrics, weight per yard is a controlling factor. Now the weight per yard is fixed by the thickness of the yarns and their number in a given area of the cloth. In other words, fabrics vary in weight with the counts of yarns and settings applied in their construction. It should be explained that the term “Setting” refers to the number of threads of which the cloth is composed within a given width.

Instead of mentioning the weight of a cloth, the thinness or thickness is sometimes stated. In this connection, 4 oz. may be taken to represent a very thin cloth, and 8
oz. a thin cloth for ladies wear.

For men’s wear, 9-12 oz. is a thin cloth often classed as “Tropical” 12-14 oz. a medium cloth 16-40 oz. a thick cloth. All the intermediate weights are made, but there are few cloths that are less than 4 oz. or more than 40 oz. From a standpoint of weight, worsteds may be thus classified:

Although weight may be an indication of quality in a fabric, it should be remembered that weight is not the only consideration which determines the suitability of a given cloth for a given purpose. A loosely built cloth though consisting if thick yarns denoting weight or substance may be inferior in wear to a thinner and lighter structure more closely woven.

A compact cloth, that is, one in which the warp and weft yarns are closely woven, will be more durable than a heavier cloth of loose construction.

From 60-70 in. is the usual width of cloths, but they are milled and shrunk down to no less than 60 in. / 1.5m which is the usual width for good English makes. Many good cloths for men’s wear, however do not exceed 56 in. and woollens for women’s wear are still narrower. Cheap cloths are often still narrower, and the cheapest being narrower still (False economy). For Example, a botany worsted suiting will be set 68 in. In the loom and finished 56 in. On the other hand a Melton 84 in. in the loom will have a finished width of 56 in. The contraction in woollen cloths is a controlling factor in obtaining the required weight per yard. In the milling operation the warp and weft threads are compressed into a reduced fabric area.

The majority of woollen and worsted fabrics, more especially those for men’s wear have to be firm in construction, so as to give the maximum amount of wear. Let us consider, therefore, the factors which make for strength in woven fabrics. It is well known in the tailoring trade that worsted fabrics have a higher breaking strain than woollen fabrics made of the same counts and qualities of yarn and identical in width and weave.

It has already been explain that woollen yarn is irregular in diameter and the fibres not very compactly twisted, whereas the worsted yarn is regular and
compact, even when spun from the same class of wool as a woollen yarn.

The method of spinning a worsted yarn produces a regular thread with a well-balanced structure; a woollen yarn has not the same regularity as a yarn spun on the worsted principle. It is this regularity that renders worsted superior to woollen yarn for producing cloths of good tensile strength. In brief, tensile strength in a woven fabric is derived from evenness of yarn structure.

It is possible, however to push the matter still further back. Fabric quality depends on yarn quality, and this in turn depends on the quality of the raw material. Tensile strength in the fabric has its source in the soundness of the raw material. Good yarns are made from sound fibres and cannot be produced from unsound raw material. If yarns vary in compactness and consistency, the resultant texture will be unsound.

The degree of twine in the yarn, that is the number of turns per inch, is another factor which modifies the elasticity and wearing characteristics of the fabric. The amount of the twine in the yarn will change the firmness and clearness of the cloth. A mediumspun yarn has normally a higher breaking strain that a soft-spun yarn and a more uniform breaking strain than a hard-spun yarn.

By hard-spun is meant a yarn which has been given an excessive number of turns per inch. Soft-spun yarns give the cloth a degree of suppleness but not tenacity of texture, Mediumspun yarns i.e. those which are neither under-twisted or overtwisted, are the most reliable for producing cloths of the greatest uniformity of quality. Loose or softspun yarns have low strength and are only suitable for weft, and are specifically adapted for cloths which require heavy milling and a raised finish. Firm hard threads are chiefly employed in the manufacturing of cord, rep, gauze, leno fabrics and certain hard spun, hard wearing tweed cloths, and are suitable for some varieties of knitted goods. Medium-spun yarns are used in the weaving of ordinary woollen and worsteds for everyday wear.

Folded yarns have distinctive properties. A yarn of two or more fold is stronger than a single yarn of the same diameter, and a folded yarn is therefore employed for giving strength to a fabric rather than flexibility. In the second place, folded yarns are superior to single yarns in producing a clear, well defined pattern. Thus a worsted fabric woven from twofold yarns will be stronger but less supple than a fabric made from single yarns of corresponding diameter.

Also, the single-yarn texture will be lacking in clearness and precision as compared with a texture woven from folded yarns. In a cloth of whipcord pattern, for example, the folded-warp yarn gives a clearly defined twill effect. While the soft-spun weft will help in giving a fabric a degree of suppleness.

The structure of a cloth is very important from many points of view. The tailor. as a rule, is not particularly interested in the weave of the cloth he shows the customer, and yet it is the weave structure which modifies the tensile strength of the fabric, softness of texture, and wearing efficiency. Without going into technical details, it may be said that the more frequently warp and weft are interlaced the greater the tensile strength of the fabric.

Again, the type of weave may influence the hardness, roughness, softness and firmness of the cloth. Ordinary twills and mats, for instance, produce fabrics of a level surface; sateen-woven cloths have a smooth, soft texture and the in fabrics of mixed weaves the surface is rough but the texture flexible.

Leaving out of consideration the nature of the raw material, it may be stated as a general principle that degrees of hardness, smoothness and durability of texture are frequently by weave formation.

The milling process both produces and increases wearing quality in a woven fabric. After the shrinkage, due to milling, the cloth is firm and compact. The cloth usually deteriorates in softness and elasticity, but increases in firmness, strength and durability.