The Mysteries of the Cummerbund 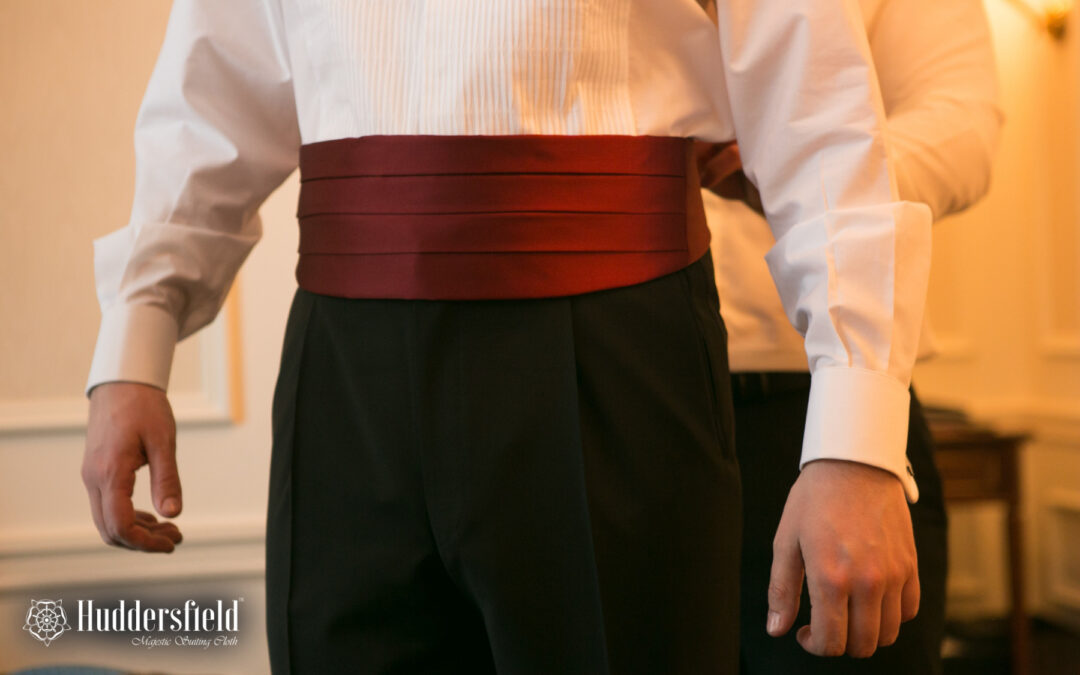 Where did the Cummerbund originate?

The Cummerbund began in India around 1850, used as dining wear for British military personnel stationed there. The Indians would wear sashes around their waists called ‘kamarbands’, ‘kaman’ meaning ‘waist’.

Due to the heat in India, the British were more than keen to find a cooler uniform for formal dinners, who customarily wore waistcoats (vests) under their jackets, thus quickly adopting the sash/kamarband. It was some years later when the Tuxedo made its debut in Tuxedo Park, New York, but worn with a white tie and without tails. As popularity for the tuxedo grew, specific accessories began to surface, such as the black bow tie becoming the norm, along with a black waistcoat. The ‘Black Tie’ dress code was birthed and aristocracy took a leaf from the British military book, covering the waist with a black cummerbund, becoming a staple part of the outfit.

What is the Cummerbund for?

Essentially it is for covering the waist, an important detail and practise for a number of reasons. Remaining so timeless, due to the staying power of the principles on which it was founded. One of the main principles is that the practical parts of ones ensemble must be covered or dressed. For example buttons have satin coverings, shirt buttons are exchanged for studs and the trousers outer seam are faced with a satin stripe. This leads us on to the awkward bunching of the shirt, meeting the waistband, and thus importance to cover the waistband. The cummerbund met this need perfectly.

How should the Cummerbund be worn?

The benefits of wearing a cummerbund

To some people the cummerbund may just be an aesthetic addition to the outfit, however it does offer some real benefits:

You must of course complete the look with a tuxedo made from the very best in luxury suiting cloth. We have a beautiful range of formal attire which includes everything the exquisitely dressed gentlemen could ever desire. Check out the range here or click the link in the bio: https://shop.huddersfieldtextiles.com/product/tux-tartans-bunch/