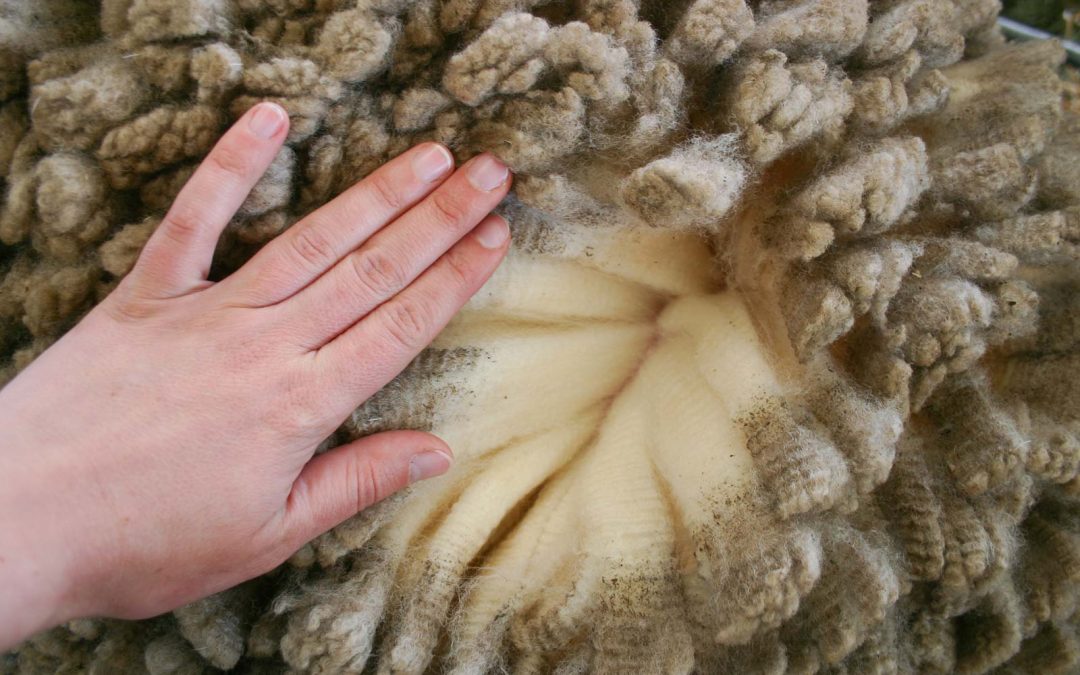 THE DIFFERENCE BETWEEN THEM

The cloth is made by interlacing yarns in a definite order, and it is, therefore, the type and quality of the yarns which are of importance in considering the value of the cloth from the standpoint of its future use. To put the matter in a simple form: a woven fabric is a structure of interlaced yarns, and yarns are composed of fibres.

The quality of the yarn is, therefore, our next consideration.

For convenience, the factors which modify the quality of yarns may be classified as follows;

1. The nature and type of raw material

2. The method of spinning the raw material

3. The number of turns per inch, or twist put into the yarn.

4. The folding or ply of the yarns 5. Special treatments applied to the yarns.

Let us consider the above points in more detail.

In practice the nature of the raw material determines not only the method of preparation and spinning of the yarn, but also the future use of the yarn. Thus long wools such as Lincoln and Leicester are spun for lustres, whereas botany/merino is spun into yarns for soft goods.

Very different results may be obtained from the same raw material according to the way the yarn is prepared and spun. For example, merino wool may be spun into a woollen or a worsted yarn, and the two yarns are quite different in appearance, handling and other properties. The worsted yarn will be smooth and compact, whereas the woollen yarn, although made of the same raw material, will be soft full and somewhat irregular.

By varying the twist, or turns per inch of the yarn, the handle of the cloth may be changes. In any case the yarn must be given sufficient twist to hold the fibres together firmly. Warp yarns are given more twist than weft yarns to enable them to withstand the strain during the weaving process.

Yarns which have been given an undue amount of twist are liable to give the cloth a harsh handle.

In cheviots a very soft twist is employed, so that the finished cloth has a full, soft handle, and a rough surface.

Yarns may be single, two fold, three fold or for special purposes many fold. Folded yarns are used instead of single yarns for many reasons; (a) add strength; (b) add weight; (c) give a special handle or appearance; and (d) produce fancy effects.

Yarns are sometimes subjected to special treatments in order to produce novelty effects, or to obtain a particular result. For instance, certain classes of worsted yarns are genapped, that is, they are made clean and smooth by being passed through a gas flame. Sometimes a surface heated to a white heat is used for removing the projecting fibre ends from the yarn. This is also known as singeing or gassing.

It is common knowledge that wool is spun into two distinct types of yarns, worsted and woolen.

The difference in these two yarns are mainly due to two factors; (1) the nature or class of wool used; and (2) the method of preparing and spinning the fibres into yarn.

The worsted yarn spinner uses wool fibres which have been combed and are of a certain length, that is, about 2 inches or more. Any wool which possesses the requisite length and strength is used by the spinner of worsted yarn.

On the other hand, yarns composed of comparatively short fibres, from 2-4 inches, are used in the manufacture of fine botany (merino) worsteds. The length of fibre used is thus not the chief difference between the worsted and woollen yarn.

The main difference between the two yarns is in the arrangement of the fibres in the yarn. It would be well for the reader to bear this last point in mind. It is this difference in the way the fibres are arrange in the yarn that makes all the difference.

How Does the Difference Arise?

In the first place a woollen yarn is prepared differently from a worsted yarn. Wool fibres which are require for worsted are first carded and then combed and re-combed until they lay parallel; also the short, unsound and broken fibres are removed by the combing machine. After repeated combings the rope of fibres (known as a sliver) is gradually drawn thinner until it is of the required diameter; it is then tightly twisted, thus producing a smooth, regular and more or less lustrous yarn, the degree of lustre depending upon the type of wool used.

On the other hand the fibres that become woollen yarns are not combed but carded.

That is, the fibres are thoroughly separated from each other, and then they are mixed freely so that they cross and recross each other in all directions. Thus, in the woollen
yarn there is an entangled arrangement of fibres.

They are not combed straight as in worsted spinning. The woollen yarn possesses more loose fibre than the worsted, is rougher in appearance, and on its surface has numerous projecting fibre ends.

Another point to note is that the woollen yarn is not twisted so tightly as a worsted yarn.

The loose structure of the woollen yarn assists the shrinkage and felting of the fabric, as the fibres which compose the woollen yarn are enabled to become entangled with each other. In the case of smooth worsted yarns there are few loose fibre ends, and in consequence there is little opportunity to mat or felt. The amount of twist or turns per inch put into a yarn has also its influence on the contracting properties of the cloth into which it is made.

A close made from loosely spun yarns will contract more in the milling and dying operations than a cloth constructed of tightly twisted yarns. There is also a difference in the shrinking properties of yarns according as to whether they are dyed or undyed, although spun from the same raw material.

A coloured yarn has already shrunk in the dying process, and allowance must be made when weaving the cloth so that the correct finished width may be obtained.

Let us consider another instance. Two cloths, one woollen and one worsted may be made from the same class of wool, and both may be identical in structure and put through the same finishing operations, yet in the finished state the two cloths will be quite distinct in appearance and handle.

This difference is entirely due to the structure of the yarns used. Because woollen and
worsted yarns are dissimilar in structure it is thus possible to produce wool fabrics strikingly different in appearance and handle.